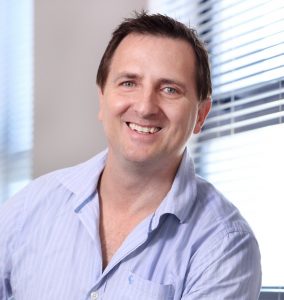 Casper de Villiers is the Senior Director of Supplier Connectivity at Clickatell. He completed his MBA at the University of Stellenbosch in 2010.

After completing his studies in Retail Business Management at the Cape University of Technology in 1994, Casper focused on skills development among youths and in the corporate sector. With charisma as natural impetus, the following five years provided Casper with a strong foundation for entrepreneurship and leadership.

In 2000 Casper became a co-founder of Clickatell, a global mobile messaging entity pioneering corporate short message services (SMS) within the online realm. Casper was initially responsible for all financial and operations duties, but soon moved to core operations management and was also responsible for the formation and coordination of a world class support centre.

Previously involved with WASPA’s CodeCom working group, Casper became a Finance working group chair and management committee member in 2009. Casper was re-elected as Finance working group chair and was appointed as WASPA deputy-chair and treasurer in 2010. His official WASPA duties will focus on clarifying/defining financial processes and maintaining sound financial protocol. His personal goals are to improve on the finance-related communication to all WASPA members and to maintain a high standard of financial controls.