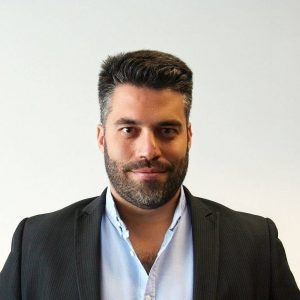 Conrad has been at Simfy Africa since inception, when Simfy Africa officially launched in South Africa in August 2012.

Since then Simfy Africa has begun to re-write their streaming platform using a Micro Services based architecture which will allow adaptation to changes in the market more easily in the future. This is particularly relevant with Simfy Africa’s focus to expand further into the Middle Eastern and African regions.

Conrad has also been at eXactmobile since 2000. eXactmobile is one of WASPA’s founding members and has a long-standing reputable relationship within the association. He has over two decades experience within the mobile and business development markets. This has given him a global insight into telecommunications, advertising, technical developments, and mobile VAS.

Conrad was employed by one of the then strongest mobile (cellular) handset groups in South Africa in the mid ’90s. Nokia South Africa gave him a platform to be part of the mobile industry in its infancy. He quickly developed his entrepreneurial interests and saw the growth of mobile content to subscriptions services and corporate interactive services. Within his current portfolio, he has been privileged to be part of a team that launched the first music streaming service in Africa.