Be Awake to the DeepFake! 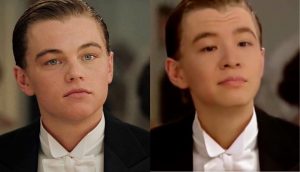 Furthermore, there are practical ways web users can protect themselves from the growing trend to bully, shame and otherwise digitally harm people by overlaying their images onto unrelated photos and videos to concoct an untrue and alternative version of reality.

Developing sophisticated apps that allow anyone to replace the original face in a video with someone else’s face, for example, and then offering such apps for download to anyone who has access to the web is dangerous at best and malicious at worst.

“Numerous governments worldwide have recognised that there is nothing harmless about demolishing someone’s reputation or self-esteem and, like South Africa, have sought to criminalise the creation and distribution of deepfakes,” says Ms Badenhorst.

As a non-profit industry association with protection of the end-user as a key mandate, WASPA presents five ways below that mobile users can protect themselves against deepfakes:

WASPA was founded in 2004 to represent the interests of mobile content and applications providers in South Africa. The association regularly disseminates useful information of interest to the mobile consumer.